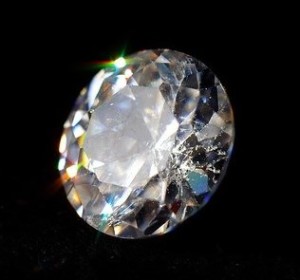 Many people pay attention to the sign of the Zodiac when it comes to choosing a joss stone.  Sure, it’s crucial that the newly chosen mineral has all necessary properties.  What should you do if you like a jewelry product with cubic zirconia?

Unfortunately, cubic zirconia can’t offer us any mysterious legends or thrilling myths.  It’s because of its recent discovery or to be exact – invention.  The gem firstly appeared in the Soviet Union, 1960.

Several Soviet Union scientists of the Academy of Sciences managed to synthesize an amazing substance, later called “fianite” (Russian transcription), that is known to us under the name – Cubic zirconia.  The given mineral boasts a slew of wonderful properties, making it one of the most expensive gemstones in the jewelry market.

Cubic zirconia is strong and beautiful enough to take on diamond.  Apart from the jewelry industry, the gemstone is actively used in optics and in a variety of industries.  It has proved to be a successful invention, hasn’t it?

The name of the stone, though very poetic, does not carry any magical features. The mineral was named in honor of the institution in which it was synthesized, and more specifically – in honor of its abbreviation “FIAN”. As you see that’s a simple and ingenious story of the stone, which to some extent executes magical duties, just like any other gemstone used in jewelry.

Indeed, despite the artificial origin of the popular crystal, astrologers have identified a number of characteristics that can be called magical. People, wearing jewelry with stone, agree with this statement.

By composition, this artificial mineral is zirconium dioxide.  By the way, after this crystal was created artificially in the laboratory, a natural analogue dubbed tazheranite was found.  In was named in honor of the field, where it was found on the shore of Lake Baikal in Tazheranskaya steppe.  The bed is pretty poor, and new deposits haven’t been found yet.  However, that’s not a problem as the stone can be produced artificially without any cost and without disturbing nature.

The natural analogue shares the same properties with the original, except the magical ones.  It’s clear that the natural stone is stronger in terms of magic and we’ll talk about it later.

It’s advantageous to manufacture crystals of cubic zirconia artificially, as you can give it any color you like.  For instance, inclusions of chromium give the green color, titanium stands for golden brown, while copper makes it yellow.  You can even make it pink, purple or black.

Cubic zirconia features an incredible amount of different shades. So, it can emulate any gemstone by color.  That’s very important for the jewelry industry as not everyone can afford purchasing expensive natural stones, such as ruby, emerald, sapphire, to say nothing of diamond.

Certain additives can change the gem’s original properties and even its chemical formula.  Nevertheless, the given move won’t spoil the original mineral – on the contrary it will even become more versatile and change for the better.

Not every artificial gemstone can boast such a wide array of diverse qualities as cubic zirconia.  Of course, corundum and diamond are more impressive in this regard, but, nevertheless, cubic zirconia deserves attention.

The mineral gets power from human emotions and then converts it into certain energy, which in turn generates certain magic properties.  Due to the nature of discovery, this mineral is considered to be the patron of scholars and genius personalities. 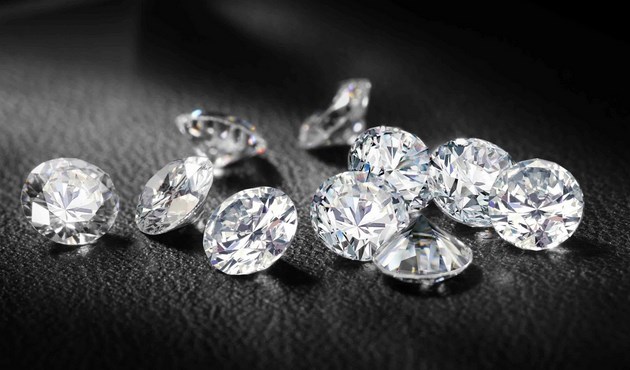 That’s an ideal birthstone for Aries.  The stone will help representatives of the sign to cool their ardor and direct their energy in the proper direction.

Other signs of the Zodiac can’t benefit from wearing cubic zirconia. However, this information is preliminary – it took astrologers just half a century to collect it.  Perhaps, in the nearest future the gemstone will unveil its hidden properties.

Most of the magical properties of the stone depend on its wearer.  It’s believed that first the gemstone grabs energy beams emanating from the owner and then gives them back when the owner needs them.  If that’s true you need to be careful with your cubic zirconia as it may collect all your grieves and suddenly give all of them to you.  As follows from this, you’d better avoid wearing it during depression.

Anyone, regardless of the zodiac sign, sex or age, can become the owner of this beautiful and proud cubic zirconia.  Just keep in mind the principle of boomerang: what you give it, what you get from it. As you see the principle is very simple.

Cubic zirconia can please its owner under any circumstances – that’s probably its major property.  However, this ability has nothing to do with magic, because its magic qualities are completely different. That’s about its amazing similarity of diamond and the ability to emulate any precious mineral, so that even in the laboratory it is difficult to distinguish.