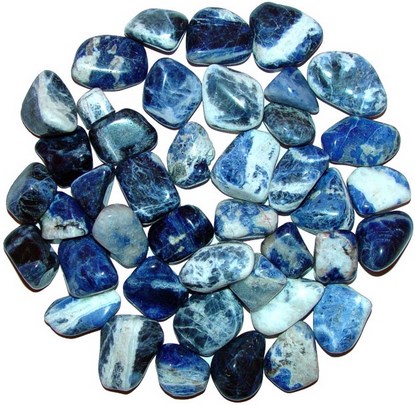 Minerals of sky color have always been valued for their delicate, noble beauty. Sodalite is especially notable among them – rare semi-precious gem. This mineral is not only light blue and blue colors. It can have shades of yellow, green and even red. But let’s a bit later about it…

Origin of the Stone

This beautiful stone is known for its mystery. The fact that the story of its origin and not disclosed. The first descriptions of the mineral are found in the literature only in 1811. Nevertheless it was known to the ancient Incas, living in South America. They used the gem for facing walls and floors, made of it ornaments and crushed it to prepare paint.

Calling sodalite as celestial stone you can be fully confident in your rightness. This gem has many shades of sky: the whole palette of blue, yellow, green, gray, red, pink. There are found white veins and spots in blue and light blue sodalite. 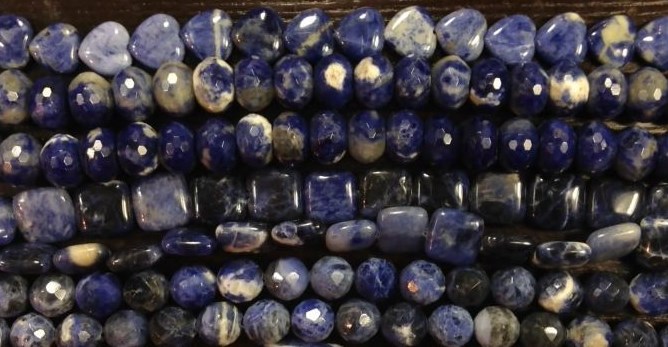 A rare and especially valuable stone is pink. Red gem is called hackmanite. This is the most well-known species. It is able to change its color.

Red mineral which does not change its color is mined in Russia. It is still unique sodalite of red color in the world which maintains its color in all conditions.

One more variety – is “alomite” which is produced in Canada. Previously it was used as a decorative and ornamental stone for interior decoration and cladding of buildings.

Translucent or transparent stone has irregular fracture and fatty shine.

One researcher named Victor Hackman opened in 1903 a surprising feature of red sodalite to change its color to deep black. This kind of stone and was named in honor of the explorer – hackmanite. Warming became black sodalite in sodium vapor and irradiating with X-rays, it is possible to return the original color. Gray and colorless rocks are bluish through such physical and chemical effects.

Sodalite stone is characterized by sorption properties as well as ability to ion exchange reactions. Synthetic varieties of this breed have photochromic properties which are used in television and electronics.

Vibrating possibilities of the stone are capable of holding high-frequency vibrations. This property allows using this breed in nanotechnologies.

Talismans and Amulets of the Mineral

Sodalite crystal, as other precious and semi-precious stones, is used as a talisman and amulet.

Its magical properties are able to develop a human’s supernatural abilities. An owner of this mascot begins to understand others better and finds harmony with nature. 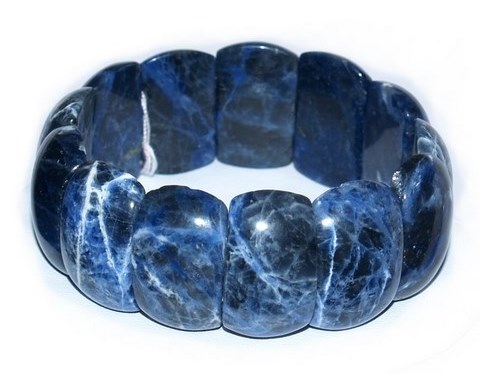 Talisman of sodalite will help get rid of obsessive fears.

In addition, it is believed that the stone can cure diseases caused by mental and psychological overstrain. It helps get rid of nightmares, insomnia and chronic fatigue.

Since sodalite is opened relatively recently, we have not yet received extensive knowledge about its use by different zodiac signs. Nevertheless, there are several signs to whom it is particularly recommended.

Mineral becomes stronger magical abilities for people born under the sign of Taurus, Scorpio, Sagittarius and at 12 lunar day, so it’s better for these people to wear gem as a talisman. However, this mineral can be used and by other signs of the Zodiac.

The strongest its influence on a person appears on Fridays and Thursdays.