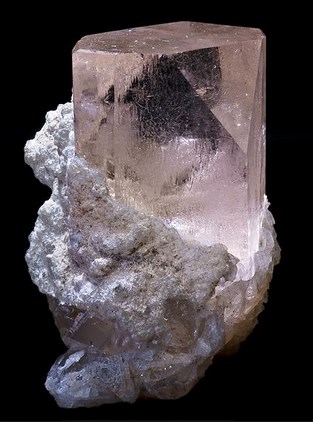 The origin and deposits of topaz stone

Topaz mineral is a well-known and widespread mineral. However, the origin of its name is still unclear. Some people are assured that the gemstone was named after the island of Topazos, where it was firstly discovered, while others argue that “topaz” is just a derivative of “tapas”, which stands for “heat” or “fire” in Sanskrit.  The gem can be classified as an island silicate.

Where is topaz found?

Well, extensive topaz deposits are scattered throughout the world.  The largest places, where is topaz mined, are situated in Burma, Germany, Australia, Afghanistan, Brazil, Norway, Sri Lanka, Madagascar, Tajikistan, Russia, Nigeria, Mexico and the United States.  Samples of the gemstone can have giant dimensions – samples weighing more than one hundred kilograms are quite real.

Currently, topaz is mainly mined in Brazil. These rich deposits offer samples of different colors.  By the way, blue topaz stone is specially valued.  Transparent and orange-red stones are welcome too.

Topaz boasts a glass luster and high brittleness in the direction of the cleavage and it’s very transparent.  In terms of hardness, topaz is only inferior to corundum and diamond.  The gemstone is very sensitive to sunlight.  It can completely fade and lose its color.  Fortunately, topaz can restore its natural colors – just hold this stuff in the dark for several days.  Almost all the crystals of topaz feature a flat bottom.  Topaz is electrified during heating or friction.

Yellow topaz is the most widespread type of this gemstone. However, that’s not the only possible color – topaz can be blue, red, colorless, pink, brown, purple, pink-yellow and golden-yellow.  The pink coloration is the rarest and most valuable.  Pink topaz is mined in Pakistan.  Another rare version is topaz wrapped in a graying “shirt”.  The presence of impurities and chemical composition can’t affect crystals’ coloration.  The final coloration is formed by the defects in the structure of atomic lattice. 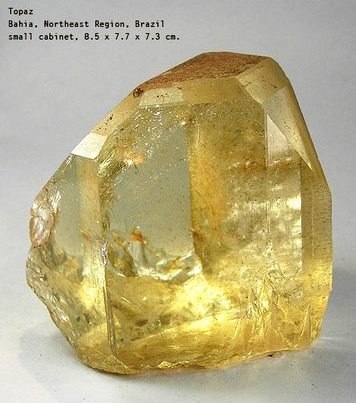 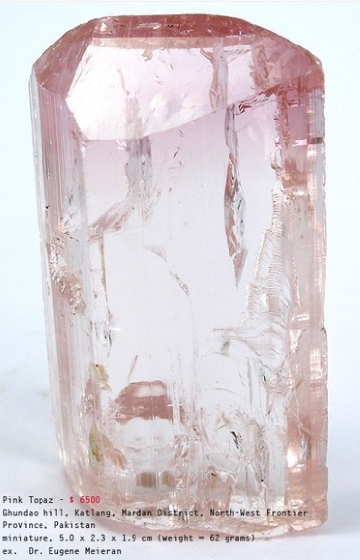 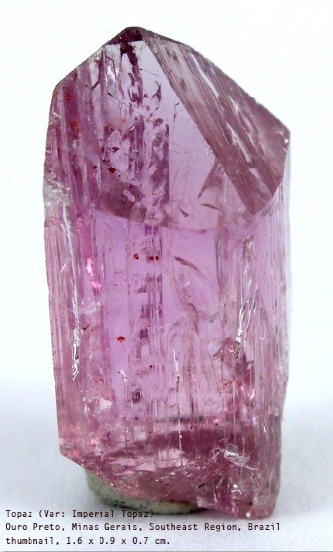 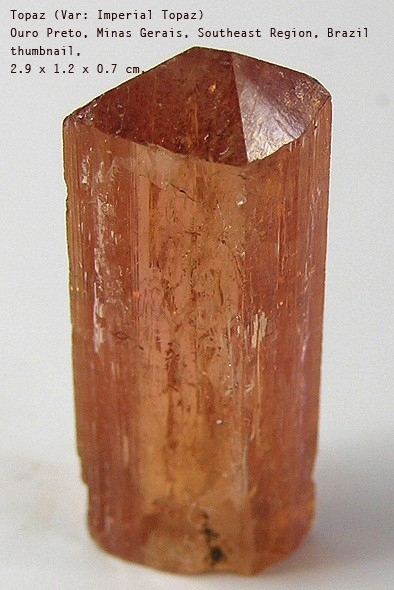 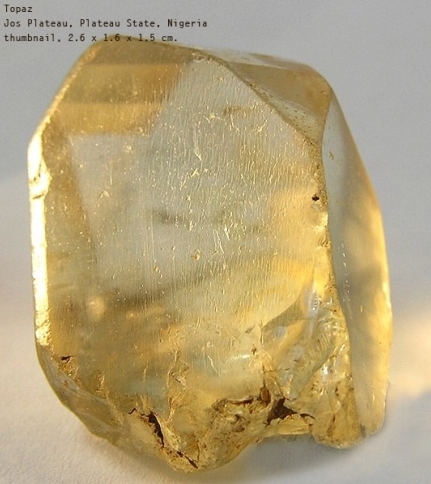 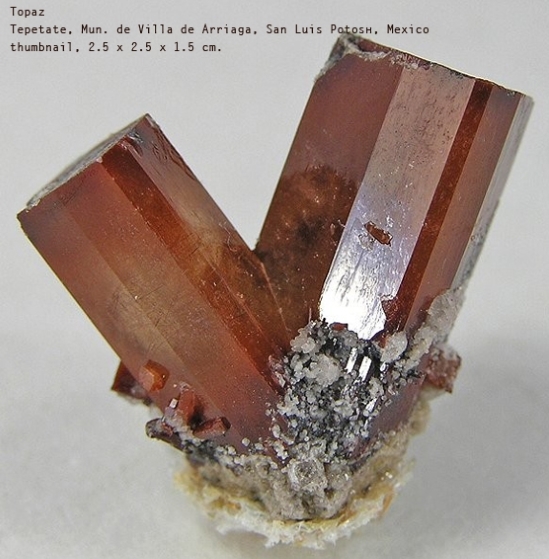 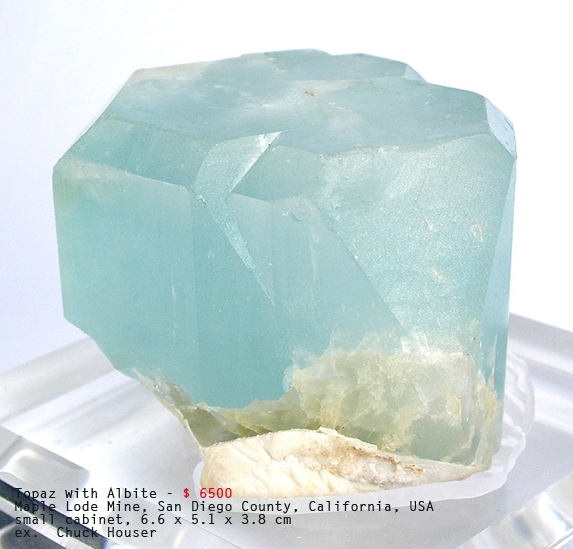 Up-to-date jewelry industry mainly uses topaz crystals of ennobled color.  Colorless crystals are irradiated with harmless rays, until they get a brown color.  Then they’re heated to become blue or dark blue.

It’s not easy even for experts to distinguish topaz samples of natural color from the processed ones.  If the color looks too rich, too “chemical”, that’s definitely not natural.  Natural crystals boast a warm and soft coloration.  A bright blue or dark blue stone in the jewelry means that most likely the stone is imported and processed.  The major downside of the artificially produced color is its instability and discoloration over time.

Very often cheap varieties of citrine (“topaz citrine”) dare to emulate topaz. Keep in mind that so called “Idian”, “Spanish” and “Bohemian” topaz, not to mention rauchtopaz share nothing common with true topaz.  It’s just a burnt smoky quartz.  Instead faceted topaz you may be offered other natural or synthetic gemstones.  Blue topaz resembles aquamarine and zircon, tea colored topaz is similar to tourmaline and zircon, while colorless topaz has much common with rock crystal.

Only an experienced jeweler can see the whole difference between real and fake topaz crystals.  As a customer you can only evaluate the hardness of the gemstone.  Topaz is harder than quartz, so it can scratch it.  If you touch the stone with your warm skin, you’ll feel a chill due to a low thermal conductivity of the gemstone.  Natural topaz samples have minor inclusions, cracks as well as other defects, while artificial stones have a perfect structure and form.

Topaz may have the following types of cut:

Topaz carving is quite popular.  That’s a perfect material for seal-rings, bracelets, headsets and pendants.  The actual topaz value depends not only on the weight, color and clarity of the stone, but also on the quality of processing.  Topaz samples need to be protected from thermal shocks and hits along the cleavage lines.

Jewelry with topaz is a perfect mascot for businessmen and merchants.  Yellow topaz samples unveil deception and expose mischiefs.  Just take it with you to your business meeting and you’ll read the secret thoughts of your business partners and accordingly make the right decision.  It feels like yellow topaz has been specially designed by nature for true leaders and masters of life.  It will help when it comes to controlling other people, fighting enemies and repelling the attacks of envy people.  The gemstone gives enough strength to lead large teams and build grand plans.

Yellow topaz is also capable of recovering the owner’s will and love of life. So if you’ve just fallen into depression and lost the taste of life, you definitely need yellow topaz.  The gemstone will cleanse your soul of the blues and make your thoughts clearer.  You’ll get long-awaited joy and peace.

Gentle color of topaz will easily soften even the most callous heart.  That’s why topaz was popular with the court circle as they had to compete for the favor of the monarch and beware of enemies.  These days topaz is usually chosen by managers, politicians, lawyers as well as other high-ranking people.  with this stone you’ll clearly understand all the intricacies of your career, save your soul and keep conscience clean. 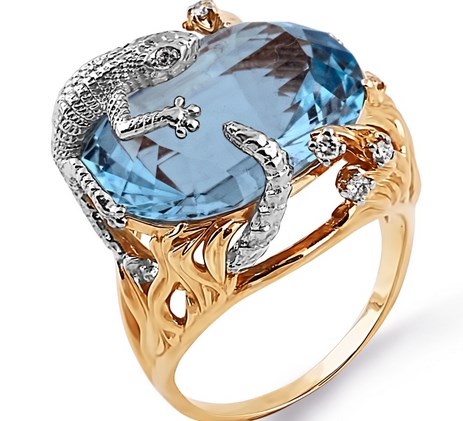 Taciturn and unsociable will benefit from wearing blue topaz.  It will give the wearer enough confidence and make him or her more sociable.  Pink topaz is good at relieving stress and neutralizing depression.  Moreover, it can even help to cope with cheating and jealousy.  Topaz will help students to collect their thoughts, improve communication and be prudent and smart.

If you’re concerned with your self-development, you can count on the mighty magical properties of topaz.  Thus, you’ll gain purity of thoughts and aspiration, while your soul will be filled with joy and goodness.  Topaz will help women to preserve their beauty and youth, while men will become more prudent and generous.

The mineral is vital for magic rituals.  It will help to develop intuition and physical abilities.  The gem’s influence on a person’s mood is hard to underestimate.  With this gemstone you’ll suppress your anger, raise self-esteem and even instill a sense of superiority.

Curative properties of topaz mainly depend on its color. For instance, yellow topaz is effective against ailments of the respiratory system and throat.  In this case, jewelry with yellow topaz should be worn around the neck or chest.  The gemstone of this color softens asthma attacks.  Yellow topaz treats diseases of the liver, spleen, gall bladder as well as digestive system.  Your nervous system will definitely benefit if you start wearing this stuff.

Products with blue topaz are capable of reducing the risk of Grave’s illness.  It also positively affects the thyroid gland.  If you’re facing problems with your nervous system or having mental disabilities, take advantage of blue topaz properties. Furthermore, blue topaz can reduce the frequency and intensity of seizures.

Topaz positively affects the female reproductive system. Jewelry with this gemstone will have a good impact on those women who have problems with their uterus.  Other problems include irregular cycles and early menopause.  Topaz will help to become pregnant and bear a child safely.  It’s also effective against hormonal disorders.

Topaz crystals are often employed in Ayurvedic practices.  In India topaz is considered to be one of the most curative stones (12 gemstones).

Topaz birthstone and signs of Zodiac.

People born under the sign of Scorpio need blue topaz as a mascot, while Gemini require yellow and colorless topaz samples.  Topaz is neutral for other signs of the Zodiac.  Anyone born in November will benefit from wearing this stuff as decent protection is ensured.   Jewelry with topaz will provide them with true friends and strong love.  The gemstone will demonstrate its full power if you wear it in a pendant or in a seal-ring on the index finger of the right hand.  The optimum frame for the gem would be gold.

Comment on “Get Peace and Goodness from Topaz Birthstone”