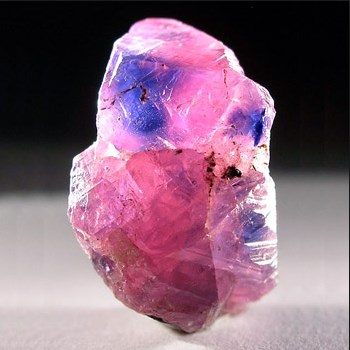 Perhaps, mineral, which will be discussed below, was affected some unknown magical powers, because it could be called eternal. And although its chemical composition is the usual aluminum oxide AL203, it is much appreciated not only as material for industrial purposes, but also as a gem decorating jewelry .

Mineral is known as “corundum”, which translated from Sanskrit means “ruby”.

A Journey to History

For the first time corundum has been described in the literature by Pliny the Elder. In his work “Natural History”, he spoke about a number of scientific information on stone and its properties. Pliny described corundum uneven color, its brilliance and ability to change the hue when rotated. Moreover, where gem was mined was described in that work.

At the same time, along with scientific explanations in the “Natural History” there are met and magical mineral descriptions and its properties. It says that there are stones for men and women. Also it tells us that the Ethiopians kept gem in vinegar for fourteen days, and then mineral shone as something special the same number of months.

Such well-known minerals such as sapphire and ruby are varieties of corundum. Therefore, this stone is identical to their history.

Rubin was considered in the East the most valuable gem. Corundum was also respected in Ancient India. There is a legend telling that rubies were formed from drops of blood, because they had such color.

All stones were called sapphires having blue color up to the XIX century. But in 1800 only varieties of corundum started to be so called.

Now this amazing stone is mined in Thailand, India, Madagascar, Burma, and Sri Lanka. There is also a field in  Norway, Canada, Russia, Kazakhstan and the United States. 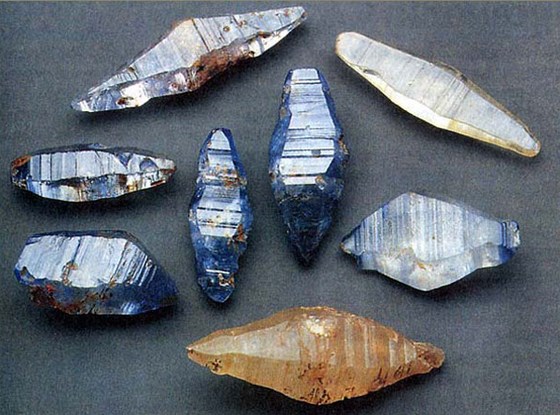 The Variety and Color of the Stone

The best known variety of corundum mineral is sapphire and ruby. These stones are awarded the status of precious.

Sapphire is a blue stone. Also this term refers to the variety of mineral colors, except red ruby. In addition to blue, there are white, green, yellow and pink sapphires.

Siamese rubies have color from brown-red to purple.

Ceylon rubies are from lilac to violet-red. In the last century there was another kind of ruby – African stone, which was very similar to the Burmese one.

The most valuable rubies are found gems of red color with a light purple hue. If color is more saturated, it can reduce the value of the stone. Brown stones are the least valued.

Pure corundum is white. But it is usually yellowish or bluish gray. This mineral is usually translucent and has a superb bright shine.

Besides magnificent beauty, this mineral has and strong magical features that may cure and affect various life situations in some inexplicable way.

Since ancient times, corundum was used to treat depression, stabilize the nervous system. Also this mineral helps with insomnia, and even schizophrenia. Many people use it to get rid of obsessive nightmares. 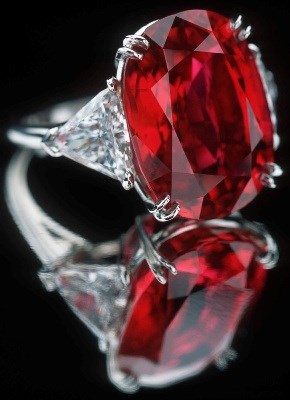 Noble and beautiful corundum helps to get rid of fears caused by any circumstances and having very different nature. It will help to survive and get rid of depression, enhance strength and self-esteem.

Litoterapists argue that the properties of the blue and red varieties are different. Blue gem is more suitable for the treatment of eye diseases. Red helps with flaccid paralysis, circulatory and metabolism disorders. Purple mineral helps cope with the symptoms of mental illness, improve health in neuralgia and brain concussion.

Folk healers used corundum stone in treatment of osteochondrosis. Orange kind of stones helps rejuvenate, also it is good for the digestive organs.

This stone does not like lazy and infirm people. It requires an owner to keep up with the rhythm of life, work constantly and do something. This stone will be a pillar for careerists and people with a high level of claims. It is also recommended to wear its graduate students, students, schoolchildren, to develop perseverance, patience and thirst for knowledge.

Depending on which part of the body to carry the stone, it will provide different effects. For example, a product of the gem that will be in contact with the breast, will help get rid of fears and obsessions. In addition it makes a person less irritable and angry, and boring, tiresome job turn into a celebration. 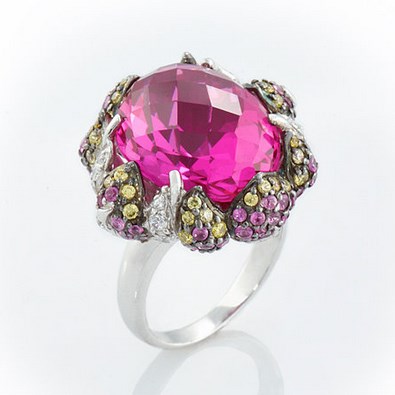 Transparent corundum in earrings will come across a man thinking about the meaning of life; help him look objectively at actions of others, his attitude toward people. Thus mineral helps an owner to build a harmonious relationship with the world and the social environment.

If the stone is in a ring, it is best to wear it on the middle finger only on the right hand, regardless of whether you are right-handed or left-handed. This location helps an owner to improve his own abilities, use talents better and it makes him spiritually richer.

Corundum, as we have seen, has considerable force. Here and in astrology it helps someone and it can do harm somebody on the contrary.

Its magical talents are very suitable for Cancers. But it’s dangerous for Capricorns even to touch the gem because it can affect a person that he himself will soon be surprised suddenly arisen fanaticism and mania. But transparent mineral is very suitable for Aquarius and Pisces.

This stone will not give anything useful to Leos. They will give up on life and people around them. But mineral will help Aries-women after forty years feel again the mood of their young enthusiasm and carelessness.

Bright, consummate, precious and beloved gem is famous for its brilliant beauty, unique features and amazing, almost like diamond hardness. Perhaps that is why crumbled mineral acquires special effect in treating serious illnesses.