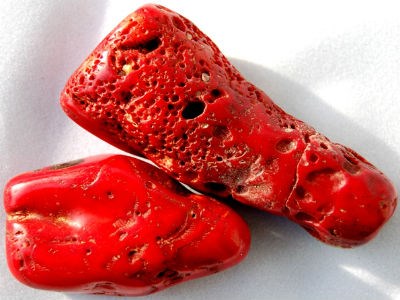 Coral is a fossilized skeleton of simple marine organisms living in the warm seas ( Caribbean especially), as well as in the waters of the Pacific and Indian oceans, so it is not entirely correct to call this gem stone.

Coral stone is shrouded in many legends and ancient traditions. Its name is of Greek origin and literally means “oracles’ stone “. The first mentions of corals root back centuries to the origins of the Sumerian civilization that inhabited the planet for more than 5 thousand years ago.

The ancient inhabitants of the earth were known magical properties of the stone. For example, the indigenous people of South America, the Mayans, wore beads carved out of corals. It was believed that such decoration protects its owner against evil spirits. In the eastern countries rosaries of coral were made being an essential feature of religious rites, book covers were adorned by these stones, weapons were inlaid. In India and in Europe during the Middle Ages coral valued on a par with pearls. Only wealthy citizens could afford products made ​​from this material.

Today coral jewelry are very popular, especially among tourists visiting the southern resorts, but to bring home extracted alone from the seabed rock is unlikely. The illegal export of gems is prohibited from most coastal countries.

The Colors and Varieties

Coral world has a great diversity. A small coral reef may eventually grow to the size of real island. Of course, this is a very long, covering several hundred years process. The stone itself may have a spherical, mushroom shape, resemble tree branches and form dense underwater thickets that are the habitat of shallow marine inhabitants.

Corals differ from each other not only in the shape but also in color. They may be pale pink, bright red, purple, black, blue, orange, brown and white. 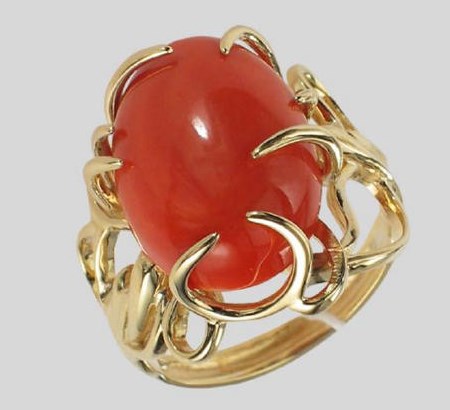 Red coral is most commonly used for jewelry and bijouterie manufacture, white coral – for medical purposes. Blue corals occur in nature infrequently, so their cost is much higher than prices for similar stones of other colors.

Coral is called travelers’ stone. It is believed that this mineral is able to protect people who are going to a long journey, protect from natural disasters, prevent sea storm or gale and save its possessor’s life. Also corals are credited and other magical properties: the ability to protect people from the evil eye, damage, protect them from enemies, bring good luck and keep comfort at home.

Ancient Greeks always carried a small piece of blue coral, believing that it would save them from death and contribute a long happy life. Stone was considered a symbol of humility and resignation in France and Spain before the end of the 18th century.

Curative and magical coral properties were of great importance for the ancient inhabitants of our planet. They endowed stone capacity to cure serious illnesses, protect babies from various ailments and extend older people’s life. In particular, a piece of gem was placed at the head of a sick child or an old man.

Today, many professional psychologists and parapsychologists who work with human energy, express the view that coral has a positive effect on the emotional state of a person, develops intuition and enhances logical thinking.

Of course, red stone is endowed with special magic. It is believed that wearing a long necklace of red corals prevents various diseases of the throat, including sore throat and soft tissue tumors. And wearing a ring with a red stone on the index finger helps to cleanse blood of toxins and other harmful substances.

Mascots of natural coral of any color can protect their owner from cruelty, abuse, family problems, natural storms and natural disasters. 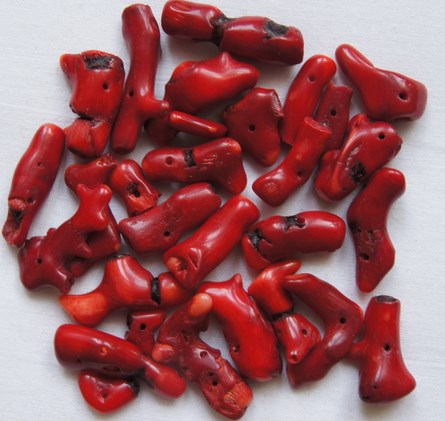 Corals are widely used in folk medicine to treat many ailments, but today medicinal properties of this mineral are confirmed and by official medicine. Coral is rich in some biologically active substances useful for human body. Its use is effective in diseases of the thyroid gland, blood, musculoskeletal, cardiovascular, endocrine system, skin, etc. In medicine there are widely used coral powders and solutions, dental and bone implants are made on the basis of stone. This stone is rich in calcium, which is much more easily absorbed by the body than calcium produced by other means (for example, from an egg shell), and thus it is useful for teeth, nails, human skeleton.

Red gem has special healing properties. A piece of stone should be put at the head of a bed to get rid of chronic headaches, avoid the occurrence of angina.

Astrologers advise to choose jewelries from stones, paying attention to the sign under which a person was born, who wants to buy them. Wrong selection of jewelry, according to astrologers, can be very costly to a man and even cause of his illness.

Products made of corals are advised to wear persons belonging to the signs of water element.

Coral is probably one of the rare gems is not counter to wear by any person, no matter what sign of the zodiac he is. The exception is perhaps Virgin (sign of the earth element). 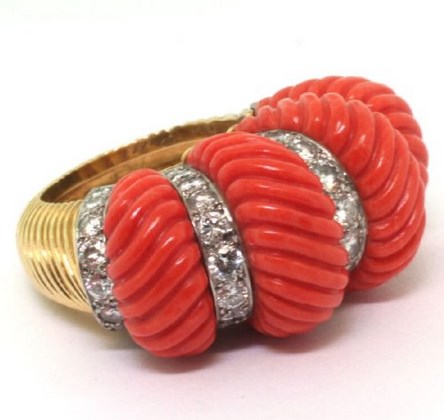 The most favorable zodiac sign for wearing this stone is Pisces that is not surprising. People born under the sign of Pisces are recommended to wear red and purple-brown gem.

Coral is also mascot for Cancers and Scorpios. Cancers are favored wearing a pink mineral mostly in necklaces, earrings and rings. Scorpios fit corals of all colors, integrated in any jewelry.

In accordance with the oriental horoscope, coral is more than others fits people who have zodiac sign of the water element, and born in the Year of the Tiger.