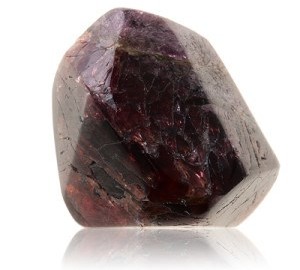 Almandine is one of the most common and hardest varieties of garnet. Name of the stone came from the distorted word “Alamanda”(Small Asia) – a city in Asia, in which these stones were processed and sold. There is also another theory, according to which, Alamanda was only a transit point