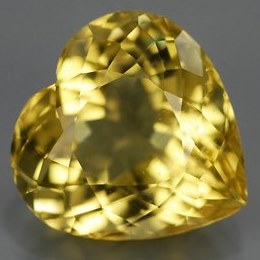 What does the name beryl mean? Beryl definition comes from the ancient Greek word “berillos”. The word is so old that its literal translation is lost in centuries. We only know that the Greeks gave such name to all, without exception, transparent green stones.

During excavations in Egypt beads made ​​from this material were found. On the scientists’ conclusion they have been manufactured in IV millennium BC.

In ancient times, people believed that the magical properties of beryl help to see the future.

The stone is described in the Bible as the eighth beryl stone at the base of the Heavenly Jerusalem.

Lenses were produced from beryl crystals which were used in optical devices. If you believe the legend, Emperor Nero had eyeglass lenses with beryl.

This crystal is used in magic rituals to cause rain.

Spheres of beryllium were used in the Middle Ages to search for the thief. In the same period, the stone was used to decorate the church utensils and manufacture of seals.

Variety of beryl in nature often looks like a hexagonal transparent or translucent crystal. Thanks to the correct and smooth form of the stone ancient people loved it. In addition, this gem is one of the strongest and most durable kinds of precious stones.

The dimensions of these crystals can be from a few centimeters up to several meters.

The most famous varieties of beryl are considered green emerald and blue aquamarine.

People can define beryl by its colour. Ordinary beryl color varies from yellow to bottle green. What does the name beryl mean? In addition mineral has a fairly large number of varieties, each of which has its own name.

All these kinds of stone combines several features in common: beryl absolutely resistant to acids (except hydrofluoric) and brine. They all have a good glass shine. And all the varieties of beryl are brittle and easily cracked if to squeeze the stone.

Asterism and cat’s eye effect is peculiar to some types of beryl.

There are many fields of beryl in the world. In particular they are in  USA, India, Greenland, Namibia, Mozambique, Brazil, Russia, Kazakhstan and Ukraine.

Beryls from Brazil, as a rule, have a very high quality. Brazilian beryl is usually characterized by exceptional transparency and samples from this country are often much larger than in other fields (up to 70 cm. in length). Other important places of production are Madagascar, Namibia, Sri Lanka, Nigeria and Zimbabwe.

All varieties of beryl are protective mascots. They give luck and make a person attractive to the opposite sex. Their magical properties are to help organize life and thoughts, weed out unnecessary and find a way out of even the most difficult situations.

As people believed in the east, beryl was a stone of mental balance and good mascot of madness.

Also these crystals patronize travelers and protect against loss of property and valuables.

Beryl is also recommended to wear those who suing someone. This stone brings success in litigation. Moreover, the lighter and more transparent to be crystal for an amulet, the more success it will bring.

Beryl – a mascot of family happiness. This mineral reflects any negative energy very well: as brought from outside and coming from the owner of the stone. Therefore, in the house where there is a beryl, quarrels occur infrequently. It builds understanding between children and parents and promotes trust. In order to have a strong family and a loving and caring husband, a woman needs to wear a locket or earrings with this stone. Especially good such mascot helps couples who have been married for a long time and the feelings between husband and wife have cooled somewhat.

Beryl is often used by soothsayers and fortune-tellers as this stone enhances the ability to understand the signs of destiny.

Gem is useful to carry people who are engaged in science, because it strengthens the mind and helps in solving complex problems.

Gem also helps a person to get comfortable in any environment and derive benefits from any situation.

In order to enhance the properties of the magic stone, various animals were excised on it.

Hoopoe, for example, helped to communicate with the world beyond the grave and gave the ability to understand the language of water residents.

Raven, located at the top of the amulet, protected the family hearth, gave well-being and strong love of lawful husband. The same magical properties has image crab deposited on the bottom of the mascot.

In the east, on the green beryl crystals is carved dragon image. It was believed that such amulets possessed magical powers to attract good luck in battle and empower warriors fearlessness.

A frog set in gold, engraved on the crystal, helped to curry favor with any person to whom it touched. Such mascot helped reconcile enemies and restore friendship. The same mascot you could drop into the water, and then give it to drink to the person with whom you needed to build relationships.

Green beryl is a stone of maturity. It is not recommended to wear for people younger than 35 years.

It is believed that this mineral knows all the mysteries of the universe and the whole history of mankind. Therefore, it is often worn by those who seek to know the truth. This mineral is a good mascot for philosophers.

Beryl helps to strengthen the immune system and restore lost health. In ancient times it was used for the treatment of chronic diseases of the stomach or intestines.

In ancient Babylon, the stone was used for the treatment of liver disease and hepatitis.

In medicine, beryl considered a good healing stone for women. After all, it was attributed the ability to heal from gynecological diseases.

For the treatment of diseases with the help of beryl crystals, according to the doctors of antiquity, it was necessary to send a beam of light passed through the crystal at the place where the damaged organ.

In modern lithotherapy wearing beryl is recommended in diseases of the bronchi and migraines. In addition, a mineral is used to relieve the back pain.

In the European tradition beryl is associated with the element of water. Therefore, wearing it will bring good luck to the “water” signs of the Zodiac: Pisces, Scorpio and Cancer.

Beryl helps Taurus to expand the circle of contacts to include the interesting people, as a mineral in a frame of silver promotes new and useful contacts.

This stone is perfect for people born under the sign of Gemini. It will teach them to bring started cases to the end. It will assist in career development, especially in the event that success in this field is prevented by the complicated nature of Gemini. Mineral helps to behave with dignity in situations of conflict.

Another good mascot for Gemini is such varieties of beryl as emerald and geliodor.

In addition, gem, set in silver, is a good protection against nervousness and anger for those whose zodiac sign is Sagittarius and Scorpio.